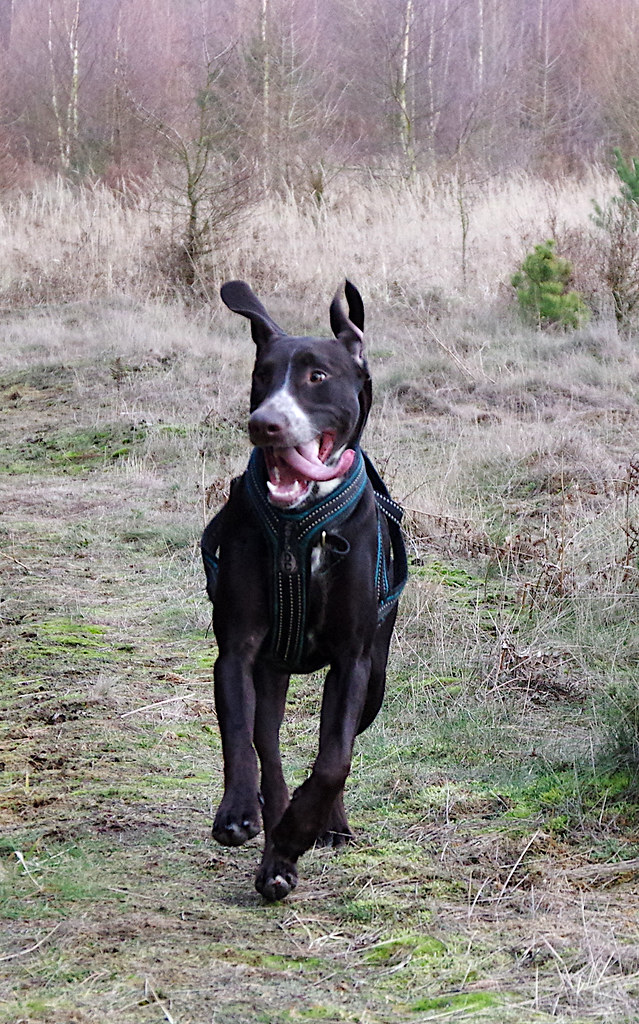 A long walk yesterday in Thetford Warren, Thetford Forest, retracing the steps of Wolfy.  I had to shelf  the canicross campaign for a week, due to a bout of horrible man-flu.  But that hasn't stopped me from walking the dogs.

It's still all about fun and growing up for Byker.
Posted by Paul Brooker at 04:53 No comments: 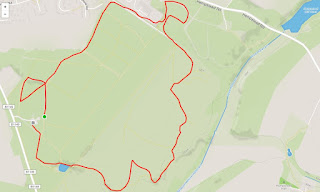 Still too young to do much with bikejoring.  I have however, recently launched a fresh campaign of light canicross training with him.  He's young, and I was really out of condition, having not run much for the past two years.  a series of injuries acting perhaps as excuses not to train.  We started short - just a run of 1.25 miles, but we are building up distance, as he grows, and my VO2 max increases.  We have so far completed nine sessions of canicross run training, and we are now up to a distance of 2.3 miles. It's the best running campaign that I've had for a few years, since I use to run with a lurcher and a whippet.  I feel that we've cracked it again.  Looking forward to some longer distances. 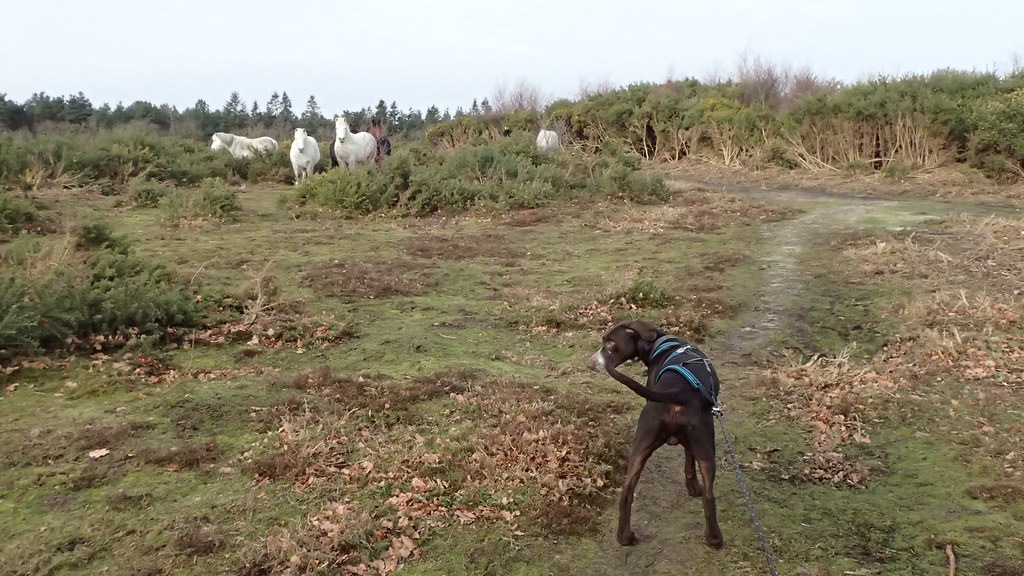 Here's Byker on Run 9 at Holt Country Park, I'm taking a breather, while he surveys the horses.  He's looking good!
Posted by Paul Brooker at 08:23 1 comment: 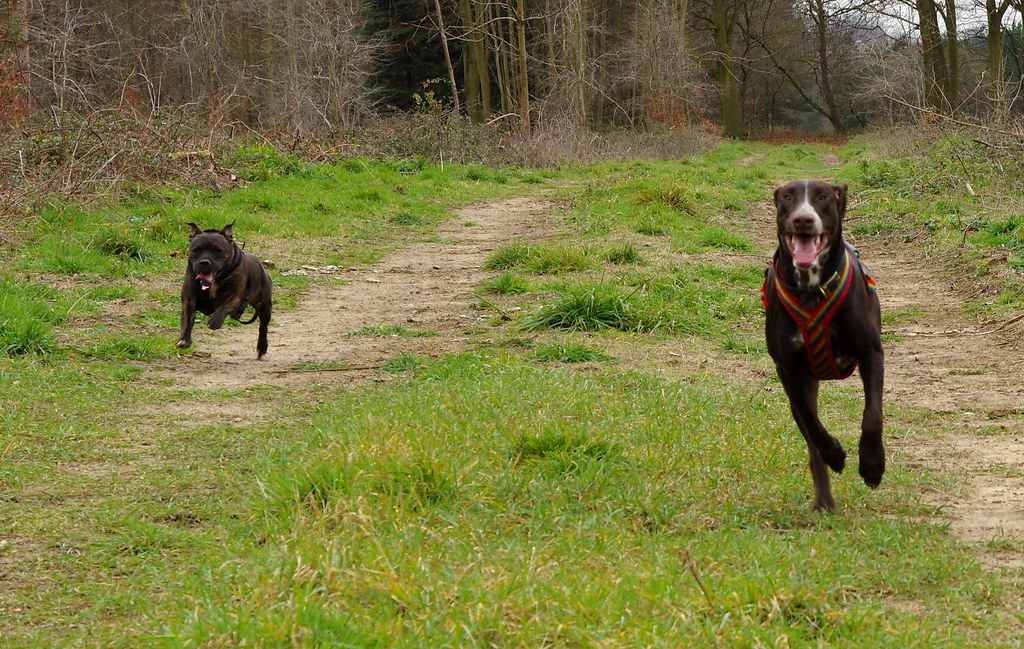 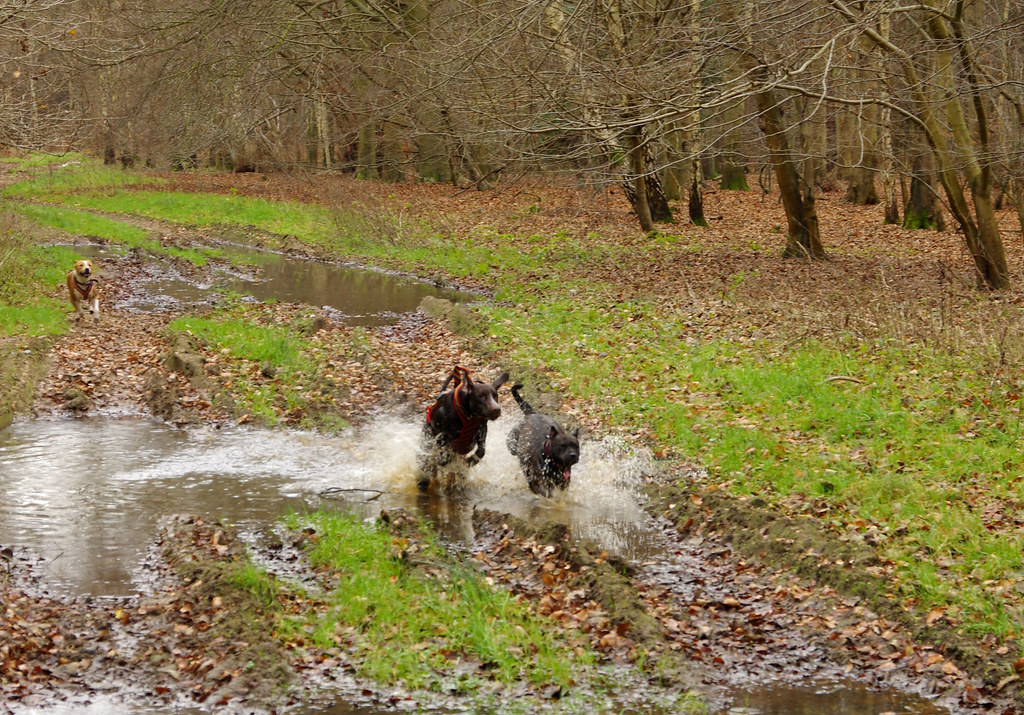 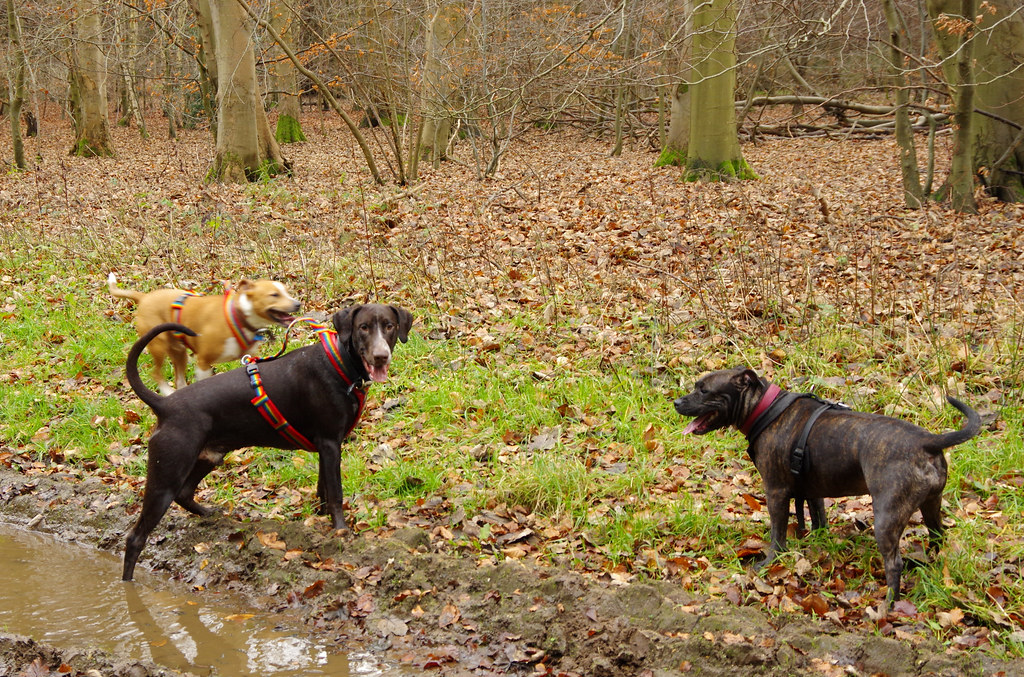 Byker is still very young.  Barely 10 months, so I really do not do more than socialise him with the bike or any activity yet.  Instead, I still try to do that important thing to do with pups.  Have fun.

Today we had fun with the Staffies in Thetford Forest.
Posted by Paul Brooker at 10:17 No comments: 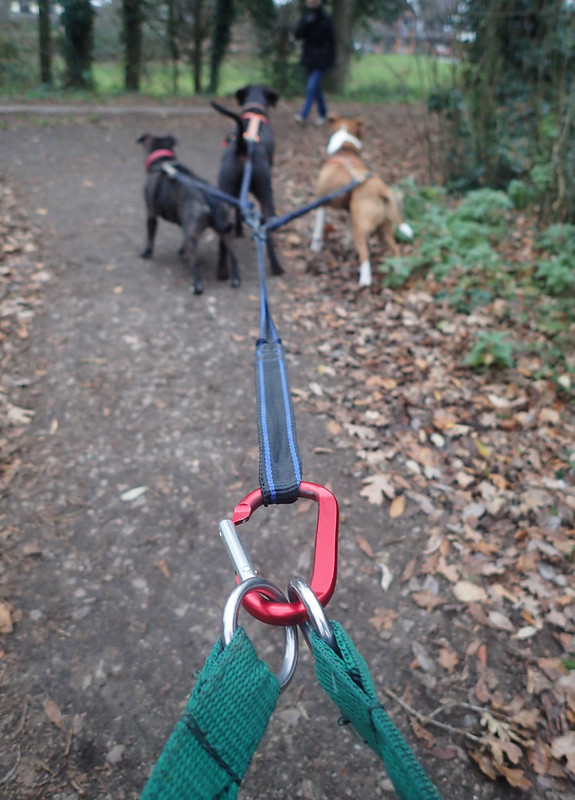 A good example of inappropriate dog activity equipment in this photo. Using a cheap carabiner clip suitable as not much than a keyring holder, to exercise three dogs at once, is not good idea.  this one is rapidly being bent apart by the force.

Here's a stronger screwgate carabiner on the bike: 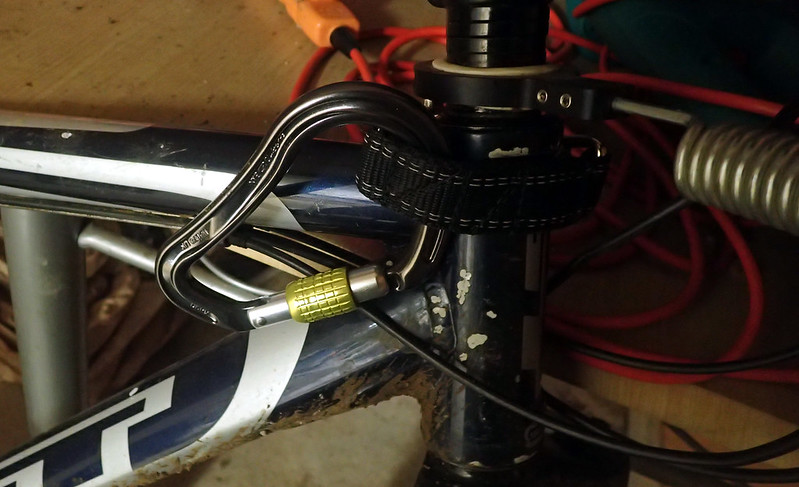 Posted by Paul Brooker at 07:51 No comments:


Above video.  11 years ago with Wolfy in Thetford Forest.

Posted by Paul Brooker at 11:34 No comments: 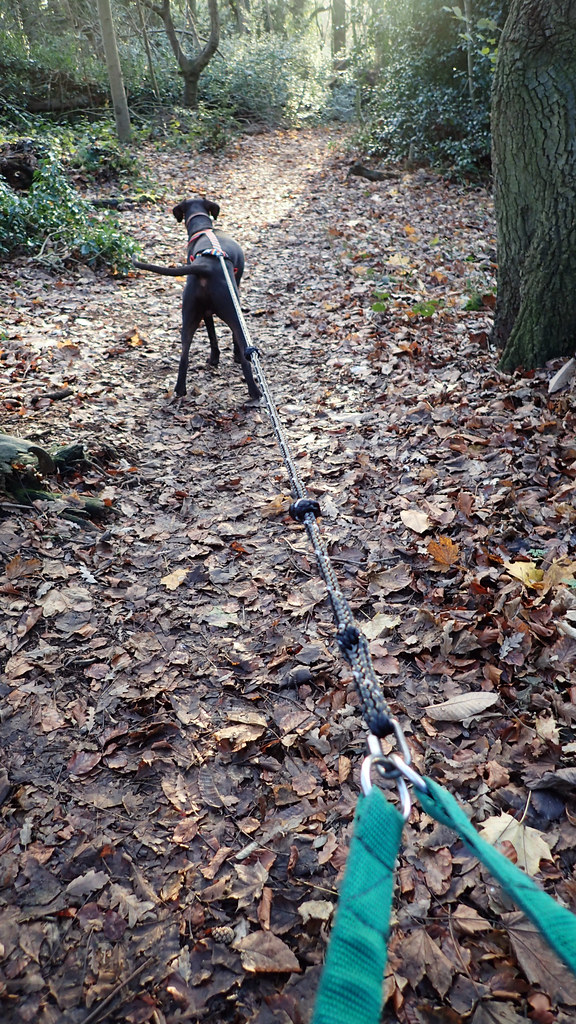 New gear day.  New canicross belt (the foam padded style that was popular years ago), new single towline, and even a running harness for Byker.  I'll have to do a bit more of this, canicross style line training just with Byker.  as he get's older, it's becoming more difficult to exercise the three dogs together: 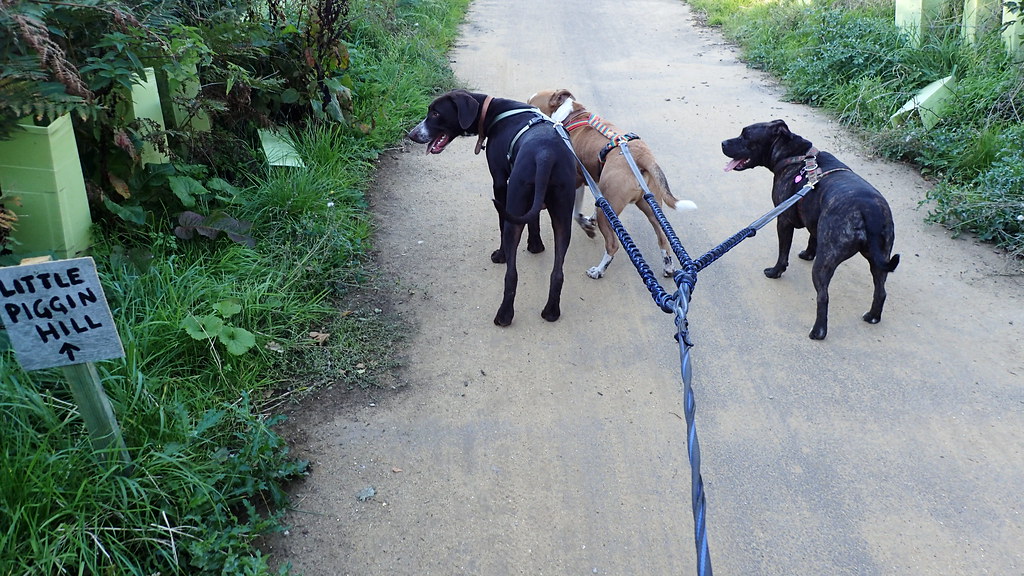 Before anyone complains, yes I know that he's a young dog, and I'm certainly not thrashing him - I'm too out of condition for that to even be possible by Cani-X.  I hope to gradually get fitter, as he gets older and bigger.

But doesn't he look smart in his new rainbow running harness: 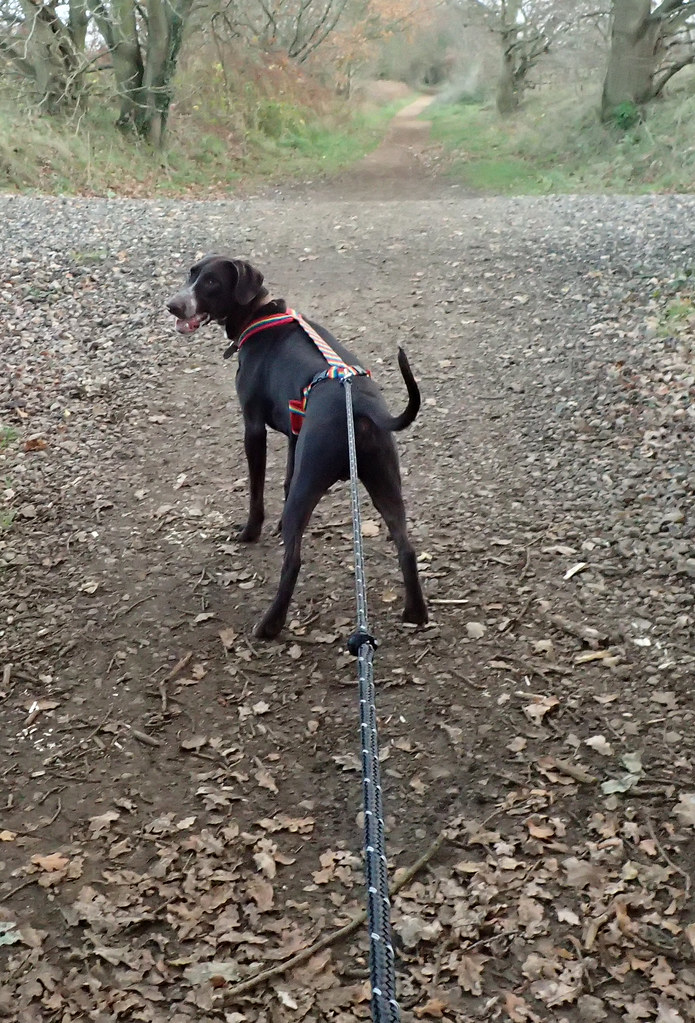 And it's not all work and training.  Because he's young, even during these sessions, I let him have a run around, and an explore, while practicing a little recall and basic training.  After all, that's the point of having a doggy dog like a pointer cross, rather than a siberian husky.  You can throw a stick for them, let them run around, and even expect them to safely recall.

So here he was today, having some fun with a er.. rather large staffie?  I'm sure that's what it was, but she was game for some fun with my little Kung Foo Fighter: 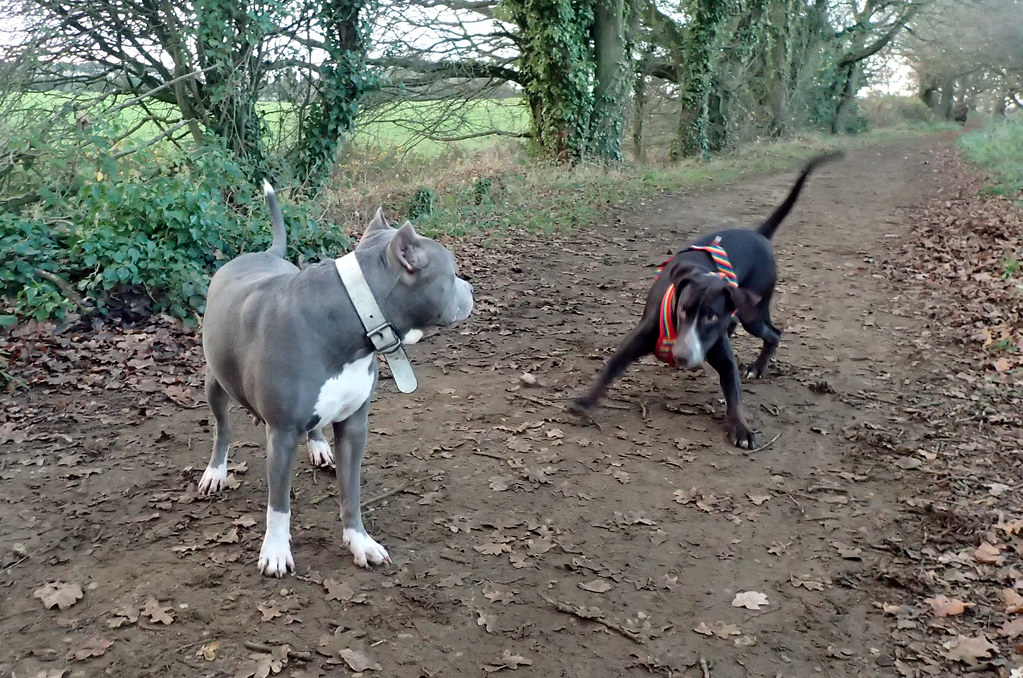 Posted by Paul Brooker at 10:20 No comments:

Posted by Paul Brooker at 09:39 No comments: